Did you know…that in addition to resveratrol’s widely publicized anti-aging benefits, it also has been shown to have powerful anti-cancer effects?

Resveratrol is perhaps best known as an anti-aging antioxidant. Harvard Medical School and BIOMOL Research Laboratories very recently discovered that resveratrol can extend your life span by as much as 70% by activating a primary “longevity gene.”

In the last three years, however, research has turned to uncovering resveratrol’s role as a natural anti-cancer drug. What scientists have found is that resveratrol helps to both prevent and treat cancer.

A more intelligent compound than those found in chemotherapy drugs, resveratrol supplement leaves healthy cells protected and unharmed because it is able to differentiate between normal cells and cancer cells. Resveratrol doesn’t just scavenge for injurious free radicals; it is able to switch enzymes, genes, hormones and chemicals on and off.

Resveratrol is an antioxidant found in red wine, red grape skins, fruits, veggies, legumes…even weeds! Its multi-faceted nature, coupled with the fact that it is inexpensive, low in toxicity and easily obtained, makes it an ideal anti-cancer antioxidant supplement.

Since its anti-aging benefits first became known in 1997, research has determined that resveratrol supplement is a potent…

In a similar relationship to bacteria and antibiotics, cancer tumors are often resistant to conventional harsh drugs used in chemotherapy. Chemosensitizers are anti-cancer drugs that interrupt this resistant relationship, intensifying the activity of the chemotherapy drug by regulating the mechanisms that cause resistance.

Researchers at the University of Notre Dame demonstrated how resveratrol enhances the effectiveness of vitamin D3, a nutrient that morphs into a steroid and suppresses the spread of cancer cells. Non-hodgkin’s lymphoma cancer cells also respond more favorably to chemotherapy treatments when combined with resveratrol.

Austrian researchers found that resveratrol supplement decreases the ability of cancer cells to metastasize into bone by 30 to 71%, especially breast, pancreas and renal cancer.

A study published in the journal, Experimental Biology and Medicine, reported that resveratrol lessens the side effects of chemotherapy, such as fatigue, anxiety, anorexia, cachexia (wasting syndrome), depression, insomnia, delirium, cognitive dysfunction and neuropathic pain.

Increasing evidence suggests that chronic inflammation leads to diseases such as cancer, and that anti-inflammatory compounds, such as resveratrol can help control chronic inflammation, as well as symptomatic reactions to traditional chemotherapy treatments.

Incorporating Resveratrol into Your Diet

Chow down on red grapes, indulge in a glass of red wine, or munch on peanuts and berries. You can always take a daily resveratrol supplement, but keep in mind that many anti-aging, anti-inflammatory and heart supplements already contain a healthy amount of resveratrol. 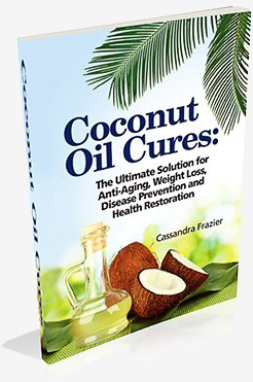