This is a MYTH.

—a comma refrain among well-intentioned health enthusiasts, and even some out-of-touch health practitioners. The green-snot-sinus-infection connection is nothing more than medical myth…and we’re busting it apart today! There’s simply no scientific evidence that proves antibiotics shorten the duration of illness when green snot is present. 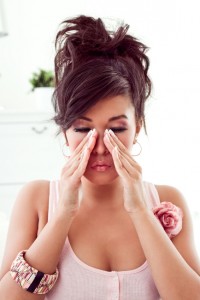 It’s human tendency to run to the doctor for an antibiotic at the first sign of a cold. Chances are you’ve got a virus of some sort, and that pill won’t do a bit of good. In fact, you’ll have to contend with the side effects: nausea and diarrhea, as well as increased resistance to antibiotics—meaning when you really need the drug, you’re body won’t respond to its effects!

The green-snot-equals-sinus-infection myth was broken by a 1984 study that showed that antibiotics didn’t improve the symptoms of an illness marked by green nasal discharge. Researchers separated 142 children with green snot into two groups. One group received antibiotic treatment and the other received a placebo. Results showed that the drugs had no influence on “potentially pathogenic organisms” or on symptoms. Additional studies confirm these findings.

Where the Green Comes From

Your snot doesn’t turn green from bacteria. Microbiologists believe that when an infection takes hold (bacterial or viral) your white blood cells release enzymes to break down microorganisms. These enzymes contain iron, which imparts a greenish hue.

Your snot also has the tendency to turn green the longer it remains clogged in your nasal cavities. In the same way your snot may be green in the morning after a night spent in your nose, it is also likely to turn green due to congestion.

Sinuses Got You Down?

If you’re suffering from the headache, stuffy nose, nasal discharge, facial pressure, fever, and cough symptoms common to both viral and bacterial infections, the best thing to do is to wait it out for 10 days. Viral infections typically clear up within that time. If symptoms get worse after five to seven days, or last longer than 10 days, then you might have a bacterial infection and should see a doctor for further diagnosis.

Chances are a little TLC will clear up your symptoms no matter what color snot you’ve got. Clear out your sinuses with a Neti pot, which will shorten the duration of the illness and help you breathe better in the meantime. 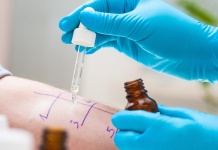